The Trap Door was one of the first games, which was a kind of creepy graphical adventure  that i’ve played on my C64, so it has a very different meaning for me.

On 1986, under MacMillan LTD (Piranha) label, the game was published, and according to some other sources, there is also another episode of the game which was released under that label again after two years.

It was hard for us to find a decent copy of the artwork so we tried tracing the image, and got an acceptable result as you may see, hehe. 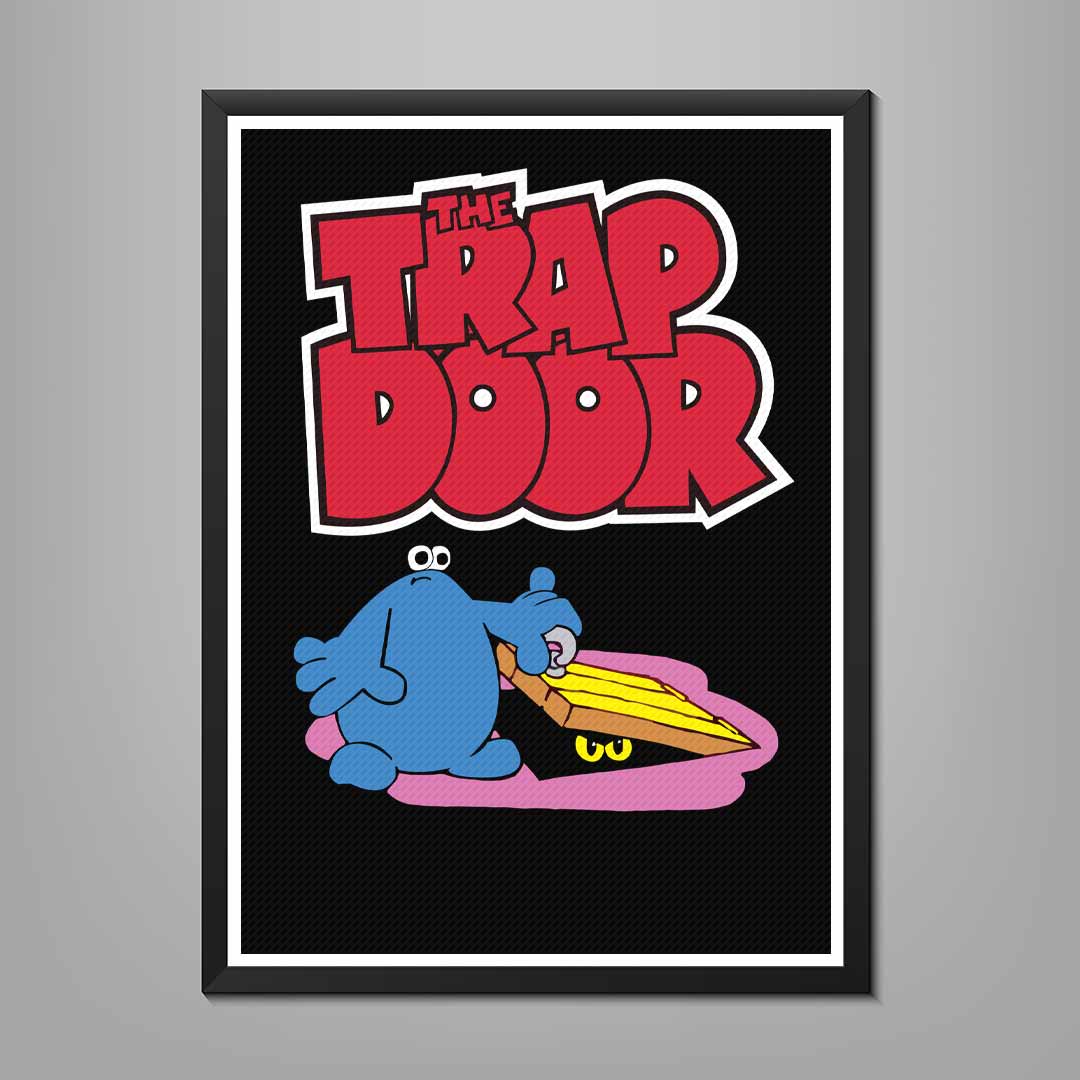