Elvira The Arcade Game; For those of you who do not know about her, she was a sexy TV horror hostess in Los Angeles. For more information and the film, you can always make a search :)

Anyway; Flair Software has released three games related to Elvira between 1991-1992. The first game was an icon adventure, the second one is this arcade game which was a platform game released just after the first game.

The third game was called Elvira 2: The Jaws of Cerberus and released on 1992.

There were not so good reviews made for the Commodore 64 version of Elvira The Arcade Game, but it was an enjoyable game and it was suprisingly a little bit difficult compared to the other platform games.

Here is the 70x90cm version of the artbox for Elvira Fans, enjoy… 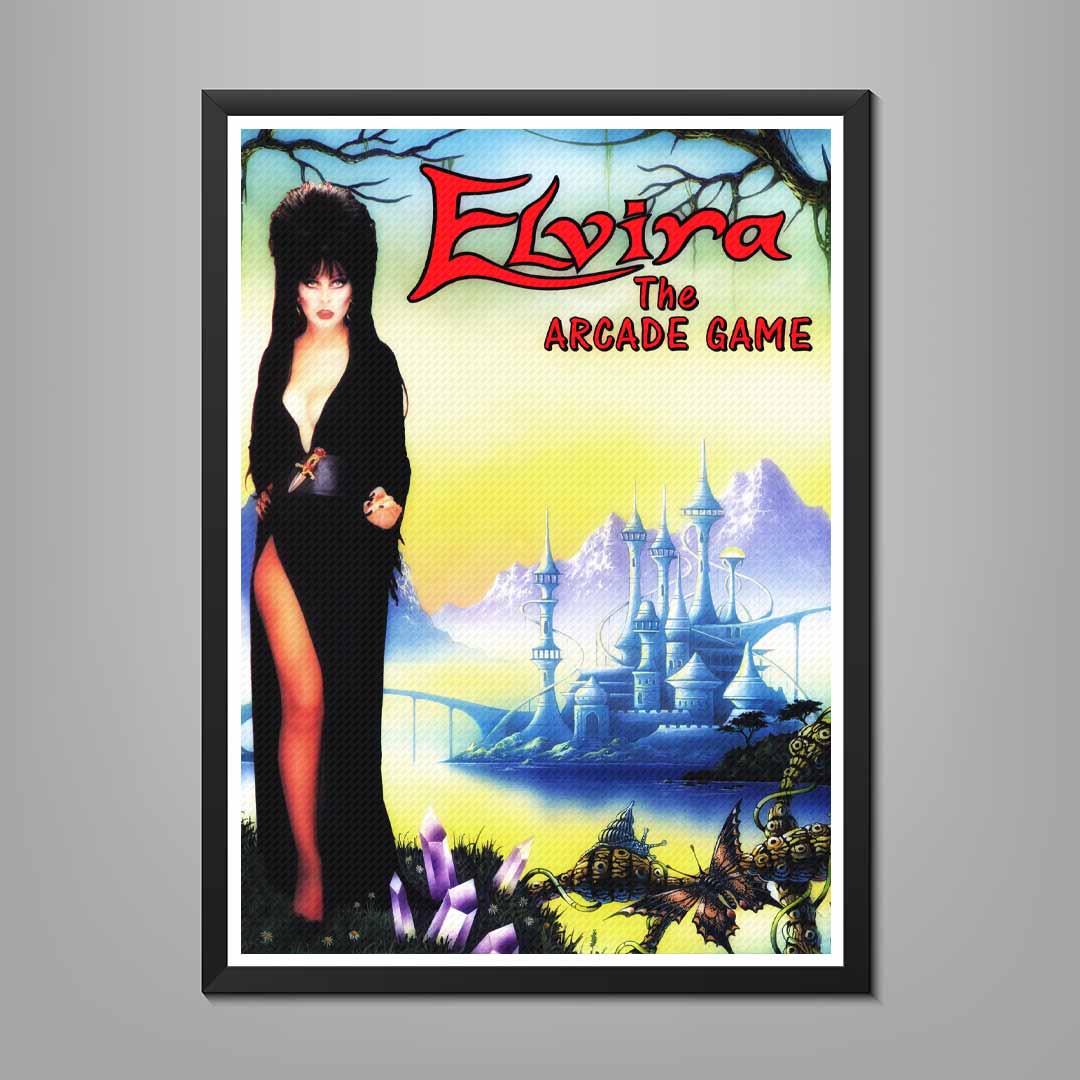