Magnetic Scrolls released their third adventure game on 1987 under Rainbird label which was called Jinxter.

The game is located on a country called Aquitania and you do have different tasks for acquiring the bracelet made by the sorcerer Turani to free your friend Xam from Jannedor.

Again, it is a highly graphical adventure game with a different plot where you cannot die (wtf) on the quest and like the other Magnetic Scrolls games, the loading times between screens are quite slow.

Well, as for the adventure lovers and Magnetic Scrolls addicts, here is the poster of the game, enjoy. 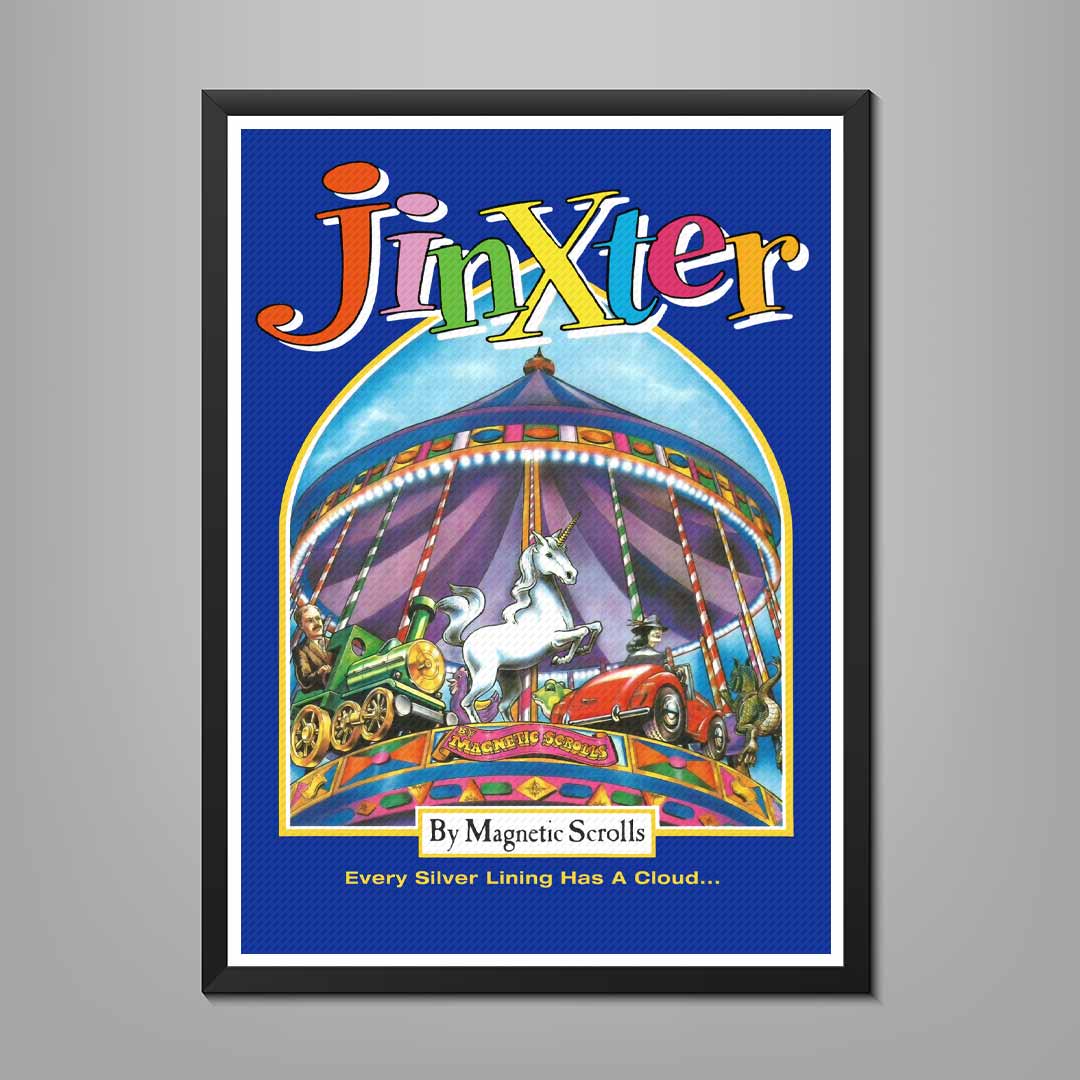