The Guild of Thieves

The Guild of Thieves was developed by Magnetic Scrolls and released by Rainbird on 1987.

If i’m not mistaken, this is the second game developed by them. The first game was The Pawn, which was released on 1985.

It was a very good graphic adventure game, also the scenario was successfully written, but the only annoying thing was the load-time between the screens.

Of course thanks to the warp-mode on emulators, we can play the game with faster loading..

The original game box also consisted of some good materials like a map, a pair of dice, Bank of Kerovnia Card, etc…

So for the adventure game lovers, this may be quite good piece for your room… Enjoy 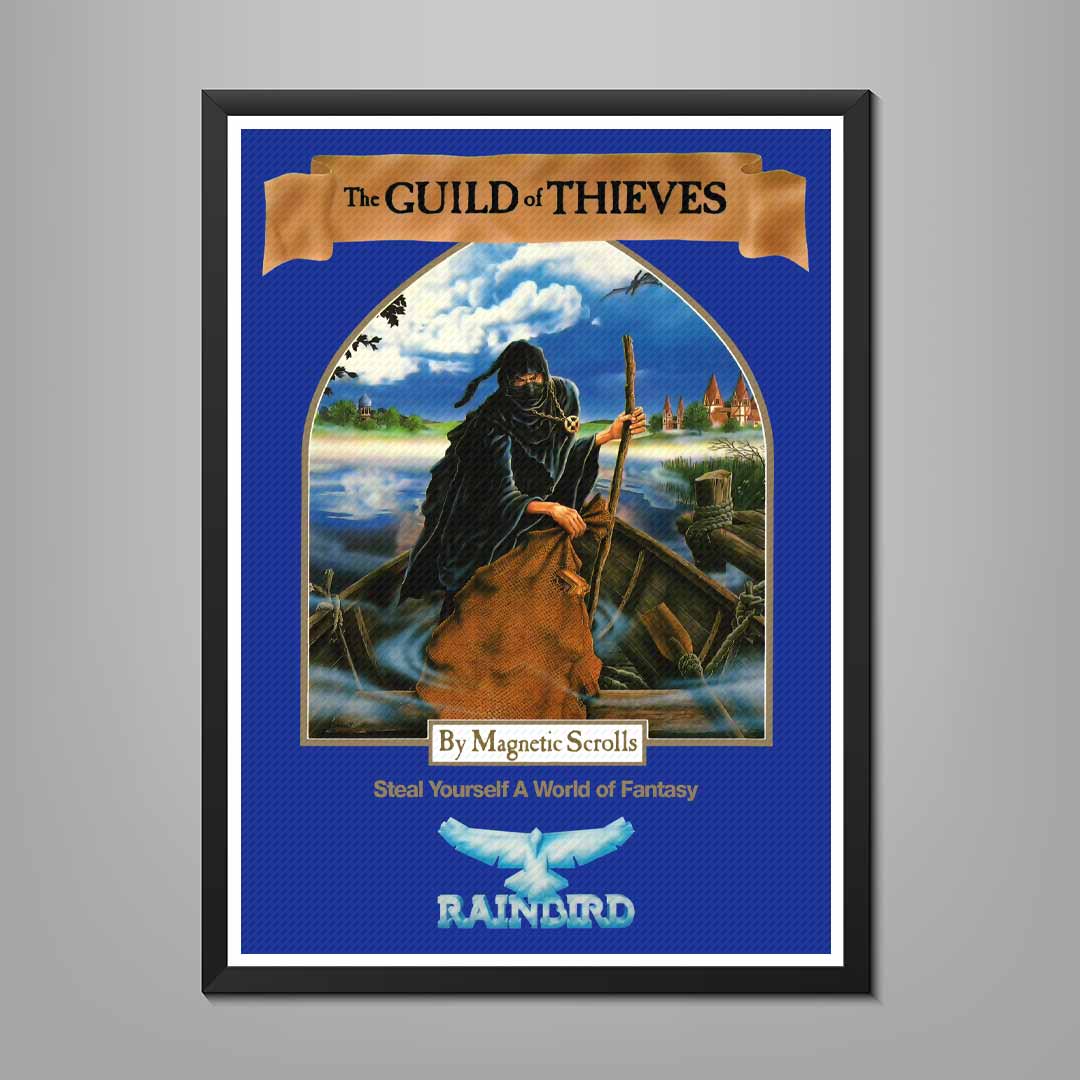