Outrun was again one of the most played arcade games, in my opinion.

Some gamers don’t like the C64 version, but still they are playing it for the musics.

As usual there were two different copies released for this game, one of them is the US version (this poster) and the other one is European version (which we’ll add later)

Acquiring the US version was a bit tricky, but after we laid our hand on the game, we quickly decided to make a poster of it with a size of 70x100cm. 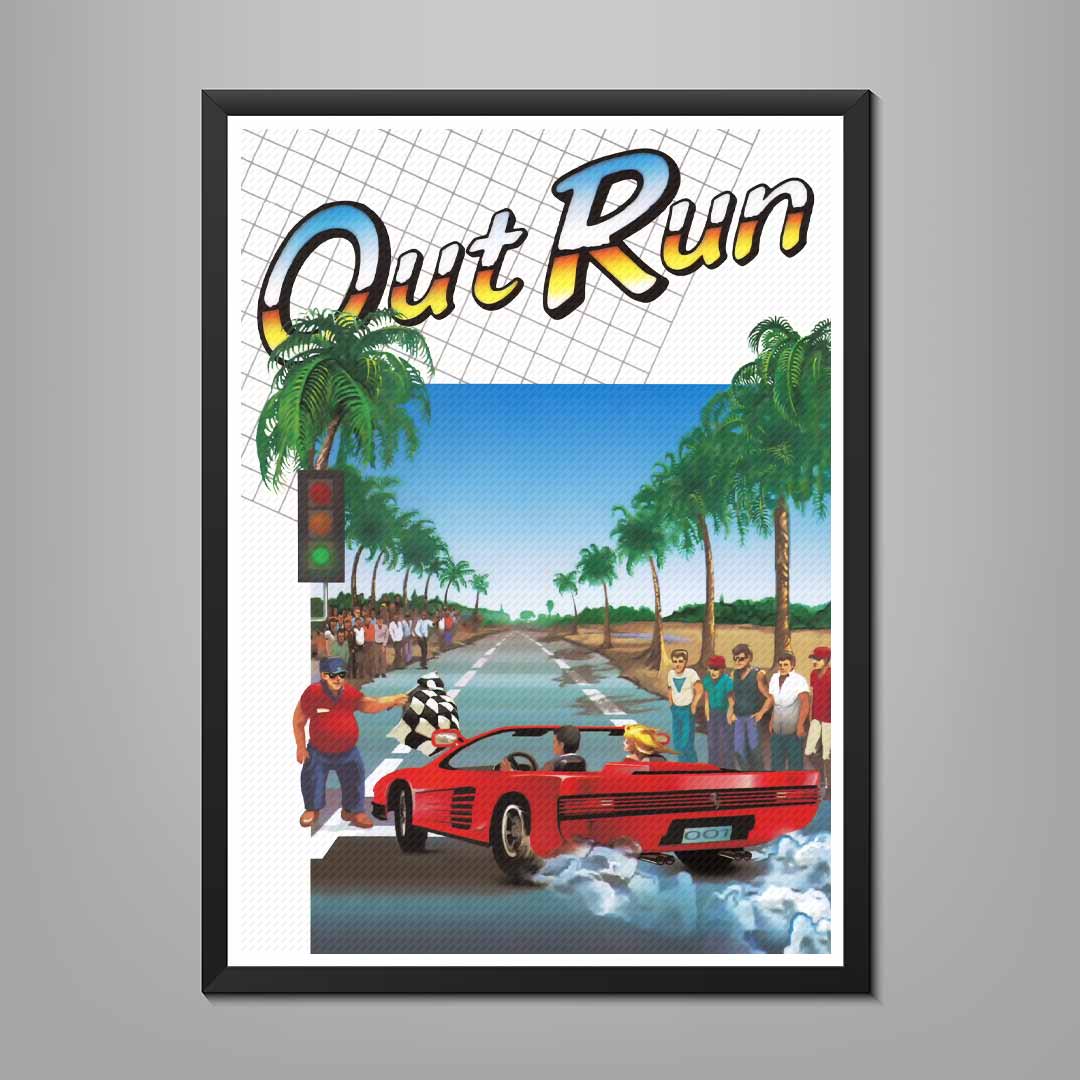