Golden Axe has ruled most of the arcade saloons on the planet for a long time. Another astonishing fact was, musics of C64 version was made by Jeroen Tel.

Being developed by Probe & Visual FX and released under Sega label on Commodore, the game gave quite an experience to arcade lovers.

Some european releases also included the game poster for free, but the size was not enough as always :)

When our team had the chance to acquire the game, we HAD TO prepare the poster of it with a size of 100×70 cm. 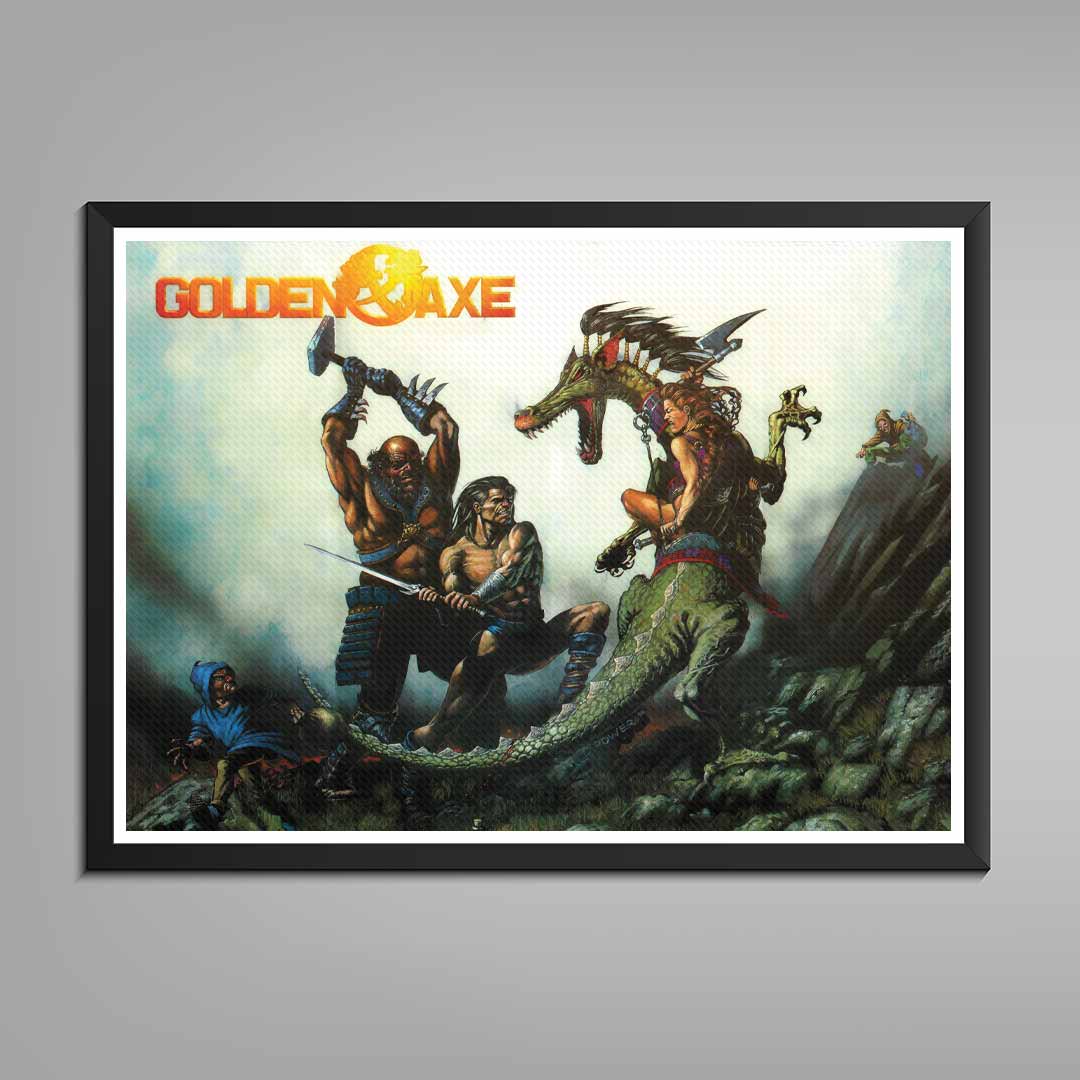