Creatures 2 Torture Trouble is the second and the last episode of the series which was released 2 years later under Thalamus label.

After making a very successful game, Rowlands Brothers managed to write another script for the game to be a sequel on Clyde’s adventures and in Torture Trouble Clyde and his whole family is trying to escape from the traps.

Also we have to point out that, this game is much more difficult than the previous one, due to the torture screen scenarios.

Well, if you want to play the game again, listen to the musics, check the reviews or the advertisements, take a look at the links below ;) 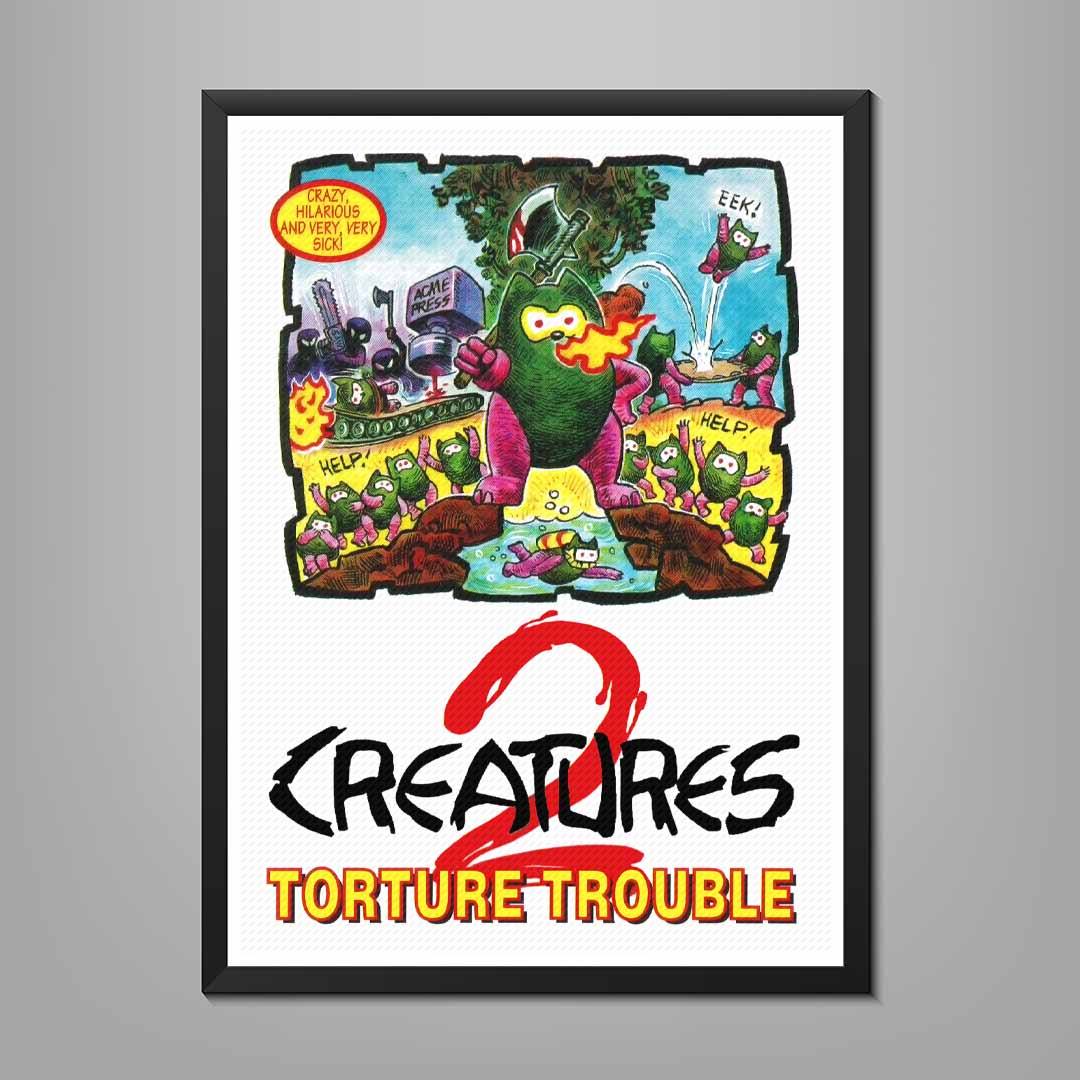